PCOS – Which Type Do You Have?

Polycystic Ovary Syndrome (PCOS) is a condition that affects a woman’s hormone levels. Women with PCOS produce higher-than-normal amounts of male hormones. This hormone imbalance usually causes them to skip menstrual periods and makes it harder for them to get pregnant. Women with PCOS also have trouble losing weight.
But did you know that there is more than one kind of PCOS?
There are several types of PCOS and knowing which type you have is key to understanding the right treatment required for you to best deal with the condition.
Each type of PCOS is given the same name, however the root cause are often quite different. Of course, in mainstream medicine, every type of PCOS is also managed with the same suggested treatments, even though these treatments only work for some women, some of the time.
Different types of PCOS also have different symptoms – not all women with PCOS are overweight, or have acne, or have excess hair growth – and this confusion can delay diagnosis, and therefore delay proper treatment and support.
There are 3 main types of PCOS, all having different causes behind them, as well as varied symptoms. The way you’ll know which you have is by looking at symptoms, and by following up with blood tests or an ultrasound to look for cysts on the ovaries. The first sign for all women is irregular cycles and missing periods. If you know you’re not ovulating and your cycles are messed up, the next step is to figure out which PCOS you’re dealing with exactly. 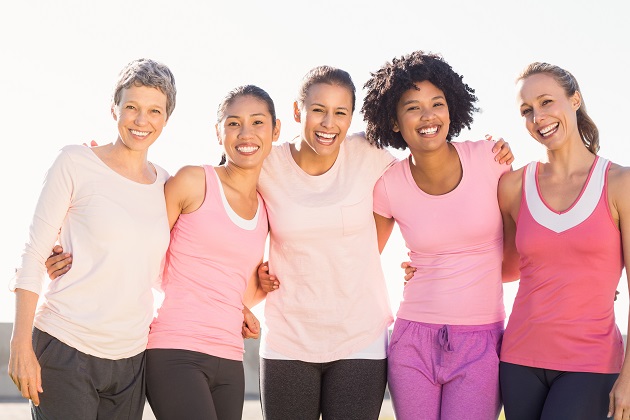 The 3 types of PCOS.

Insulin-resistant PCOS – this is the most typical and common PCOS type. High insulin levels stop ovulation in its tracks, causing irregular cycles and symptoms. The insulin resistance is brought about by diet. The symptoms are weight gain or obesity, acne, hirsutism, mood swings, and lack of periods. Women with this kind of PCOS are usually considered borderline diabetic.

Inflammation-based PCOS – this is the kind of PCOS that can be seen in women who are not overweight, but normal weight or even underweight, and don’t feel they have any of the classic symptoms of PCOS. The inflammatory response that stops ovulation and causes irregular cycles comes from the body’s response to foods like gluten, dairy, sugar, soy, or from overexposure to endocrine disruptive chemicals whether it be from chemical lawn spraying or frequent use of the dry cleaner. There are multiple influencers that can cause suppressed ovulation and irregular cycles. It could be an over-reliance on artificial sweeteners (I’m talking too much Diet Coke or Stevia-based products). It could be due to poor diet, especially if you’re eating very little, only vegan, only raw, or no carbs whatsoever. The lack of ovulation will cause symptoms, but it won’t necessarily look or feel the same as common, insulin-resistant PCOS.

Synthetic Hormone-Induced PCOS – this kind of PCOS is common for women who have been on the pill or other hormonal birth control like the implant, shot, or ring, for a long time. They will come off and see their periods do not return. The synthetic hormones shut down communication between the pituitary gland and the ovaries in order to prevent pregnancy and often times this can be challenging to bring back online.

It’s also possible to have a combination of these types of PCOS or for the root cause of your PCOS to change and develop over time.

The two most commonly prescribed PCOS treatments are Metformin and the birth control pill. Varying degrees of success are experienced with these two options.
Metformin is mainly effective for women with insulin-resistant PCOS, and even then only short term use is recommended paired with changes to diet and lifestyle.
The birth control pill acts to mask the problems with PCOS. It may suppress symptoms short term, but they will usually return when you stop using it and they could be even worse than when you started. The pill usually will aggravate many of the causes of PCOS, including insulin-resistance and inflammation.

Women with all types of PCOS can benefit from an all-natural product such as Living Lean. Other treatment suggestions include taking a high-quality magnesium supplement, achieving good quality sleep, eliminating sugar and undertaking some resistance or weight training.